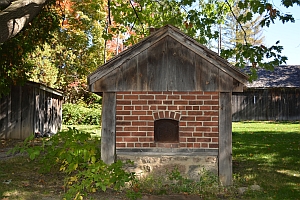 oven beside the inn 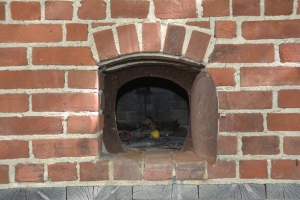 it has a very small opening 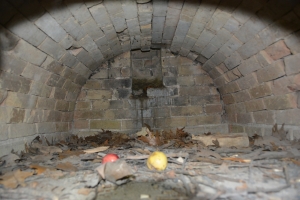 some vault bricks are chipped, but it still looks usable

"I went looking for this oven, because the village staff posted a picture of people using the oven back in the 1960s.

I talked to a man who has worked at the village for 18 years. He told me they haven't used the oven in 20 years. He didn't mention the chimney but he said there was a problem with the door. The door doesn't lock so when they baked bread someone had to stand by the oven all the time; otherwise people would come and open the door. The door is small. There's room in the oven for maybe six loaves, but they would have to be loaded one at a time."