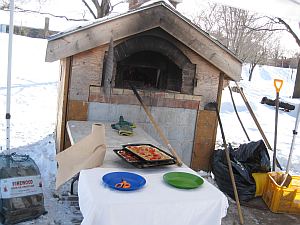 It was a beautiful day. Cold, but crispy and bright.

The oven looks quite striking in the middle of the pit, but only if you walk down here regularly, or have been to the Friday Pizza Night organized by Friends of Christie Pits Park (FCPP) during the summer.

On a cold Sunday morning in the wintertime, it is rather quiet. To make it more visible, we set up a tent and a table by the oven. The fire was lit just past 8 a.m., and we contemplated the day while shoveling the snow.

We had decided not to fire the oven to preheat the day before, since we only planned to make focaccia that was baked with the fire in the back.

I was a little worried about getting it hot on time. Added to variables such as outside temperature and type of wood, an ovens personality is a big factor when planning a day with a deadline. I had no idea how fast this oven would heat up, especially when it hadnt been used for a long time.

But when you worry, it always turns out better. The fire went so well, and the oven was ready right on time around noon. It is partly because the wood was dry (and two-year old Christmas tree kindling) and it was a dry day, but Id say this oven is very friendly. 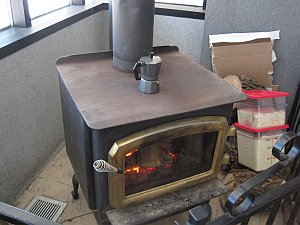 Focaccia dough rising in the rinkhouse

By then, focaccia dough was warming up by the wood stove in the rink house. We started rolling out the dough. Here was the days menu: 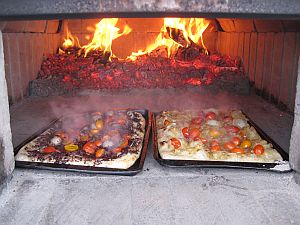 Councillor Mike Layton sent boxes of cookies along with Tim Hortons hot chocolate, and as Friends of Christie Pits Park set up the room, people began to gather. Outside also, tobogganing hills were filling up with families. Like I said in the beginning, the oven is quite isolated during the winter. 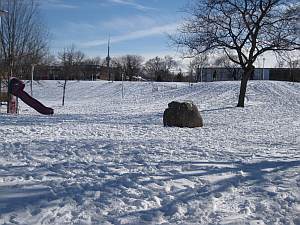 Toboganners at the top of the hill

We were hoping tobogganing families might be drawn to the fire and food, but it was a bit too far for them to smell the food. I ended up running up the hill with steaming pieces of focaccia to force people to taste it (they liked it). It is also far from the rink house, so no skating families came out to see the oven (but they liked the food too). But people were curious, and as everywhere else, appreciative about the idea of an outdoor bake oven. Isnt it nice to say my neighbourhood park has a communal oven? And its even better if you can say and I eat the food cooked in it all the time. 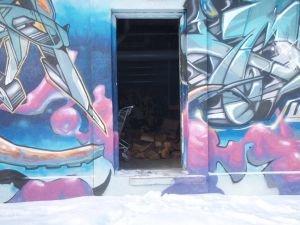 entrance into the food prep area by the Christie bake oven 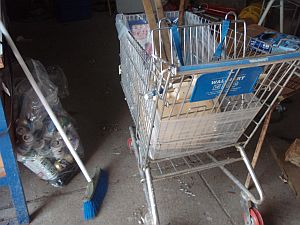 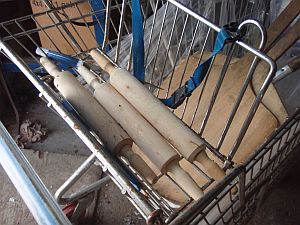 mice were there in the winter 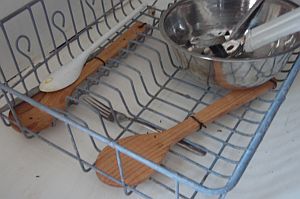 mice were on the counter too 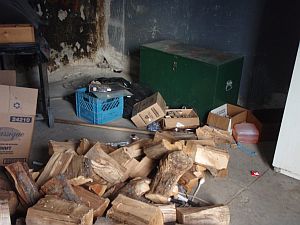 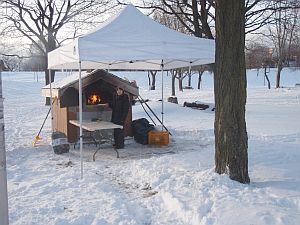 tent set up by bake oven 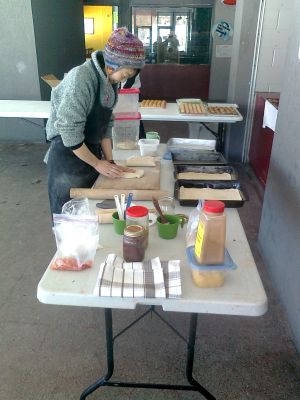 Yo prepping pizzas before the skating party began 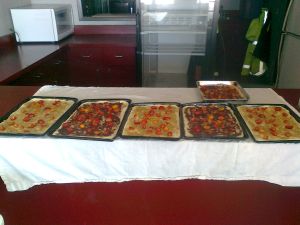 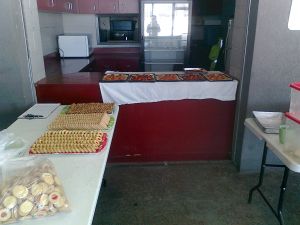 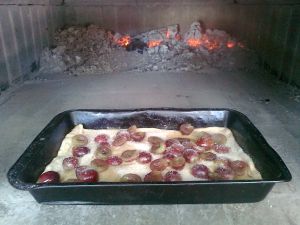 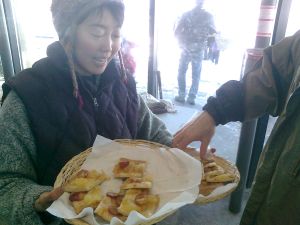 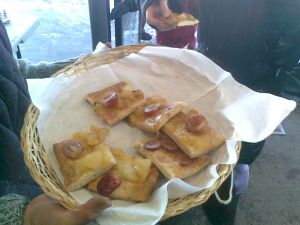