You are on the [cover page] of folder [Tandoor Ovens]

It is an open air cooking device traditionally used in many cultures ranging from the Middle East to Central and South Asia. In a tall clay pot with a fire at the bottom, insulated to keep the heat in, various foods such as bread, grilled/roasted meat and vegetables are made.

The tandoor oven was installed at R.V.Burgess Park in 2013 and first used regularly in 2014.

Here is a short Youtube video showing naan bread being made at the park in September 2014. (:/announce:) 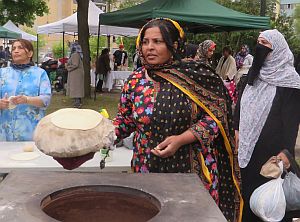 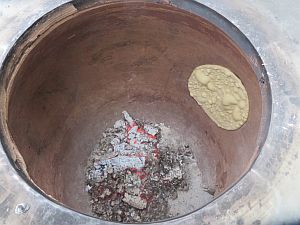 tandoor was at the perfect heat 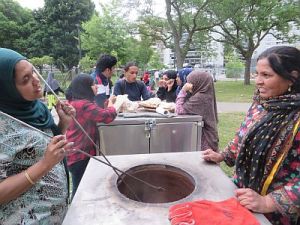 getting ready to detach the naan 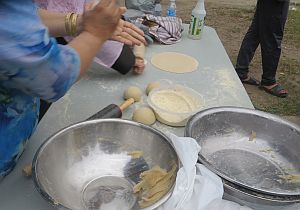 the shipping container cafe in the background 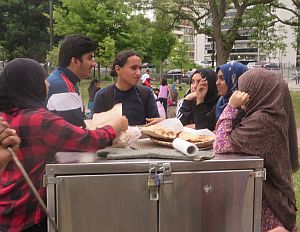 Anna Hill from Together Project came by to pick up some sweets for tomorrow's picnic at Dufferin Grove Park. There will be Syrian families coming to meet with their friends. The next day Anna sent some pictures of the picnic.

Yo Utano, who carried out the CELOS guest baker project in 2010 and 2011, moved back to her home in Japan three years ago. In order to do a follow-up on public ovens in Toronto, CELOS was able to bring Yo back for three weeks in October. On a chilly Friday in early October, our friends from the Thorncliffe Park Women's Committee lit the fire in their park tandoor and had a show-and-tell bake session with us. Our friends are: Zakia Rasa, Sabina Ali, and Asiya Sohail. They brought another cook as well. 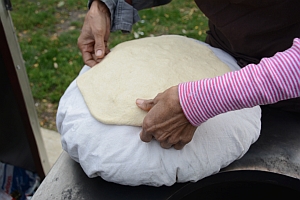 spreading the dough on the pillow 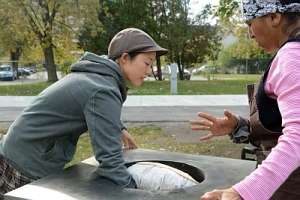 Yo presses the dough against the hot tandoor wall 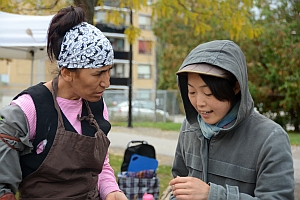 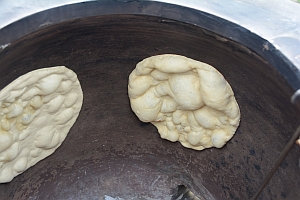 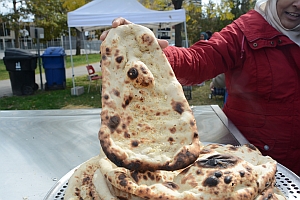 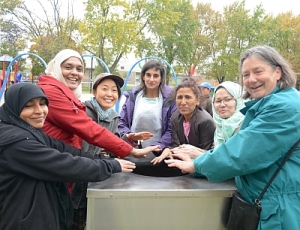 June 26, 2011 CELOS purchased a portable Tandoor. The tandoor spent several years at Thorncliffe Park's R.V.Burgess Park, until the park got its own tandoor. Then CELOS brought the tandoor back to Dufferin Grove and continued lending it out from there. Read more...