You are on the [DGOvenRepairIssues] page of folder [Dufferin Grove Park]

smoke damage to insulation and roof

During the fall/winter of 2011/2012 the Dufferin Grove bakers noticed occasional little bit of smoke curling out from under the oven's roof overhang. In April, when the snow was gone, they got a carpenter to take off the shingles and open the bottom part of the roof where the smoke seemed to be. Indeed the roof insulation was blackened in places. The bakers pulled out that insulation and replaced it with new insulation. There seemed to be no actual fire damage, and there was no effect on the baking. The carpenter put fresh plywood over the spot and re-shingled the roof. Since then there has been no more smoke leaking out.

Oven builder Alex Chernov suggested to us that there have been design improvements since our oven was built. He said the when the insulation is packed in like in the Dufferin Grove oven, over time the heat communicates from the oven dome through the insulation to the wooden roof. 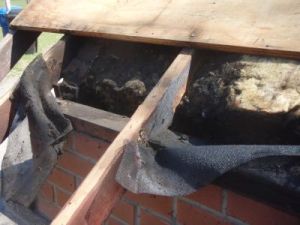 the blackened insulation near the front was replaced 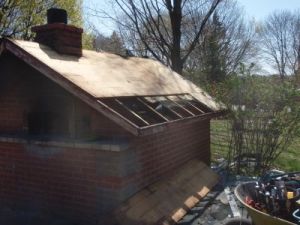 the plywood was replaced 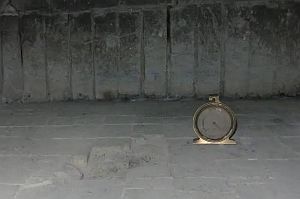 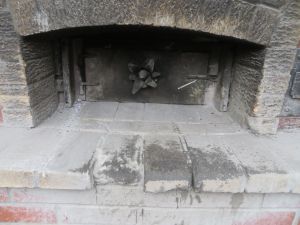 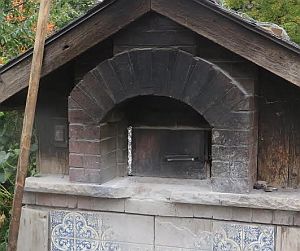 The smaller oven door was built by a city welder, who billed $900 for the job. The door is solid but has always been sticky. The water damage on the hearth is annoying but it's primarily in the middle, so the bakers work around it. The corroded parts of the shelf in either oven don't interfere with baking -- they just look worn down. 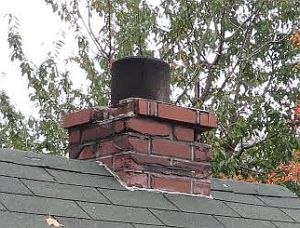 The chimney pipe is also cracked. Some ovens don't have chimneys at all, so this factor also doesn't interfere with the baking. But it would be nice to make it look right again.

Two staff from Facilities and Real Estate Division (FRED) came to look at the oven shingles and chimney. The bakers showed them the damaged hearth as well. The FRED staff asked for information about a builder who might be able to fix the hearth, and we sent them a link. No follow-up so far.

A longish thread of staff requests about the work orders that might be necessary to get the ovens fixed.